Thank you for choosing this topic. Textbooks address little about wildfire; none touch on the wildland urban interface – where development meets the forest. 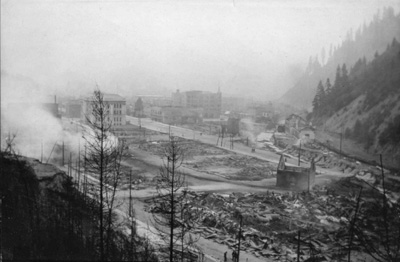 A national policy to extinguish all fires by 10:00 am (the 10:00 am rule) was enacted. As a nation, we excelled at putting out fires.  As a state, Colorado was above the national curve. One of the first bills passed when Colorado achieved statehood (1876) required that all fires be aggressively fought. As time marched on, people began to feel safe living in the woods because they felt local, state, and federal firefighters would protect them. Recent fire seasons have turned this assumption on its head. Colorado saw 2 million acres burned in 2002, in 2010 the Boulder fires resulted in catastrophic loss of homes, and the 2012 and 2013 fire seasons resulted in unprecedented levels of destruction along the Front Range. In this unit we are going to focus on fire in the context of energy transfer and apply it to home ignition and prevention.

I worked closely with the property owners affected by the Hayman Fire. They can be divided into three groups: full-time homeowners, part-time home owners, and land owners. The first group has the most to lose, and are generally the most motivated to reduce their wildfire risk. Yet the other two groups greatly affect fire behavior before it reaches the homes of the full time homeowners. Education is key to improving the situation for everyone.

One of the Coalition for the Upper South Platte’s (CUSP) former employees, Martha Campbell, applied the lessons we have learned by working in areas affected by the Hayman Fire. In 2003 she started to organize a local movement to create defensible space. We now help communities, counties, and fire districts create plans called Community Wildfire Protection Plans (CWPP). The tools we use are the ones we are giving to you and your students. CUSP has a crew that helps communities do the on-the-ground work, and they are also a first response team in the event of a fire. We all know it is not a matter of if, but when, a fire will happen. It is the cycle of nature; it is the natural process of recycling nutrients. We know the chance of a fire starting in an area that has been mitigated—an area that could sustain a fire with minimal damage—is slim, because there are so few. The goal is to put fire back in its beneficial role. Your students will learn how to achieve this goal.

Coalition for the Upper South Platte

Two Sides of Fire – for purchase at http://www.forestinfo.org/videos

Gantenbein, Doug. A Season of Fire: Four Months on the Firelines in the American West. New York: J.P. Tarcher/Penguin, 2003. Print.

*This book takes place in Colorado. Storm King Mountain is just off of I -70. Once you locate the trail head the trail is clearly marked and is a strong emotional hike. There are markers along the trail where each wildland fire fighter died.*