Welcome to this wildlife module. Wolves catch the attention of almost everyone but rarely for the same reasons.  The adjectives used to describe wolves run the spectrum from beautiful and majestic to ferocious and sneaky.

As a biologist interested in human-wildlife interactions, the fact that wolves are a keystone species as well as the controversy and misconceptions about them makes wolves a particularly intriguing topic of study.

After being extripated from almost the entire continental United States, wolves have been reintroduced into several areas of their previous habitat.  Thirteen years after their reintroduction in the Greater Yellowstone Ecosystem, I had the opportunity to work on wolf predation studies in the area.  Other scientists studied the effects of wolves on the entire ecosystem.  It is fascinating to learn how the presence of wolves not only affects the size of the ungulate population, but also where ungulates move and even the condition of trees and song birds in the area. 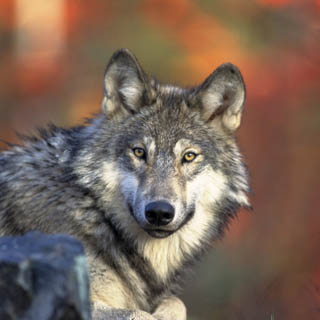 Wolves are an excellent subject for biological study as well as a useful tool for examining the intricate relationship between humans and the environment.  Though there are dozens of misconceptions about wolves, I have learned (as will you) that some of the most diverse perspectives on the wolf debate are entirely valid.  Being able to understand the perspectives of all sides of an issue will greatly enhance the ability for you to make educated decisions on their future actions.

Human beings have the greatest impact on their environment out of any other species on the planet.  It is essential for your generation to understand how your actions and decisions are affecting the world around you.  Ecological, social, economic, political, and environmental implications are seen in the largest and smallest decisions in our daily lives.  Pairing this wildlife module with a service volunteer project with the Coalition for the Upper South Platte will place you directly into a habitat where many wildlife species currently live, and some, such as the wolf, once lived and could one day return.  The activity you participate in will help to show you first-hand the extent human decisions and mentalities have on the environment.  You will be led closer to making personal opinions about whether or not human actions on the environment are positive, negative, or somewhere in between.

Coalition for the Upper South Platte